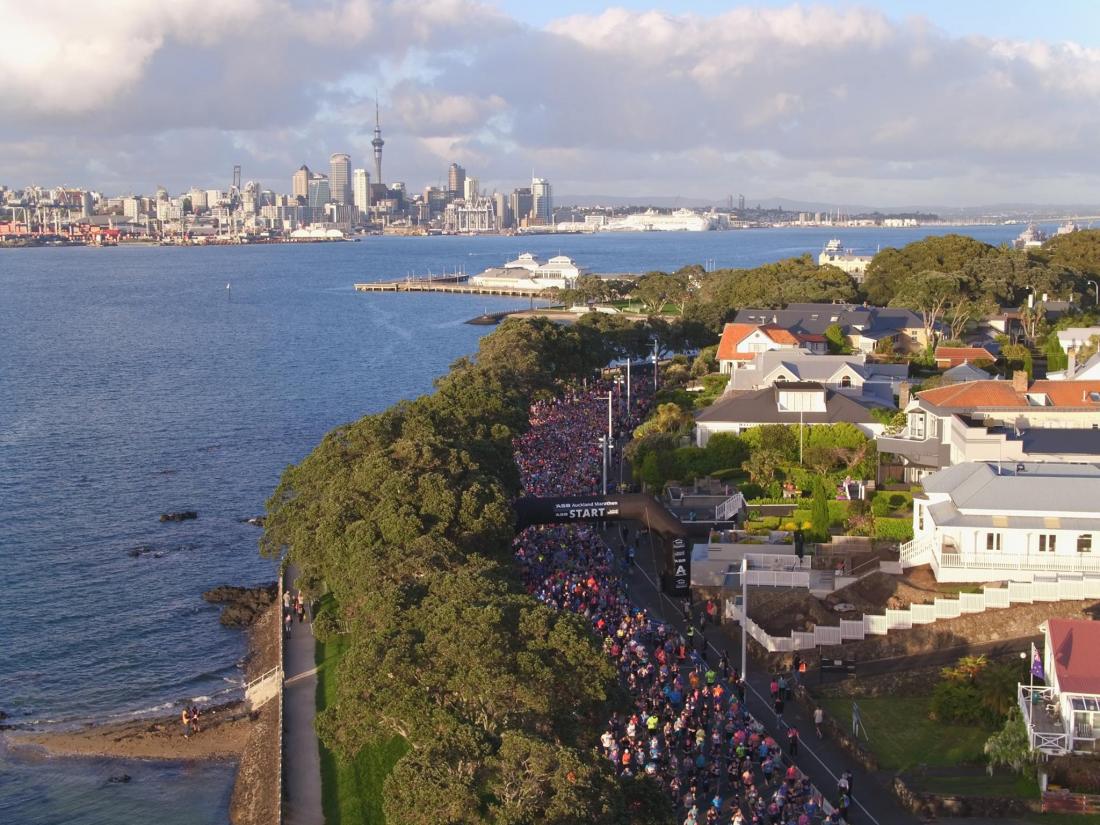 The ASB Auckland Marathon takes place this Sunday, and with two days until entries officially close, it is estimated that an amazing 14,000 competitors in a variety of events will make their way to the finish line at Victoria Park.

At the time of going to press with this release, 13,898 competitors in the ASB Marathon, Barfoot & Thompson Half Marathon, John West 12km Traverse (all going over the Harbour Bridge), Heart Foundation 5km and Kids Run will run, jog and walk to the finish line party at Victoria Park.

Race Director Bec Williams is delighted with the strong response on the back of several innovations to this year’s event.

“We are thrilled with the level of entries to the ASB Auckland Marathon, nearly 14,000 across all of our race options is a tremendous endorsement of the unique nature of the event with the Harbour Bridge crossing, but also speaks to the changes that we made to keep the event fresh and welcoming for everyone involved.

“Most of our entrants are New Zealanders, but this is a truly international event with 49 countries represented on the start line. Those international and out-of-Auckland visitors provide a significant boost to the economy, with the spend on accommodation, hospitality and tourism activities around the race.”

While some are chasing fast times, headlines and a place on the podium, the vast majority are running to their own pace and their own objectives, with more than 700 runners also registering for the ASB Marathon Charity Hero programme, where it is hoped more than one million dollars will be raised for local charities.

From 4:20am on Sunday morning, runners will be ferried and bused to various start points, with the ASB Marathon and Barfoot & Thompson Half Marathon getting underway from King Edward Parade at Devonport, the John West Traverse from Smales Farm at Northcote, with other events starting and finishing on the city-side of the bridge.

Road closures are in place around the event, starting from 2:00am Sunday morning.

ASB Auckland Marathon 2017 – by the Numbers