MUIR LOOKS TO BACK UP NATIONAL CROSS COUNTRY TITLE 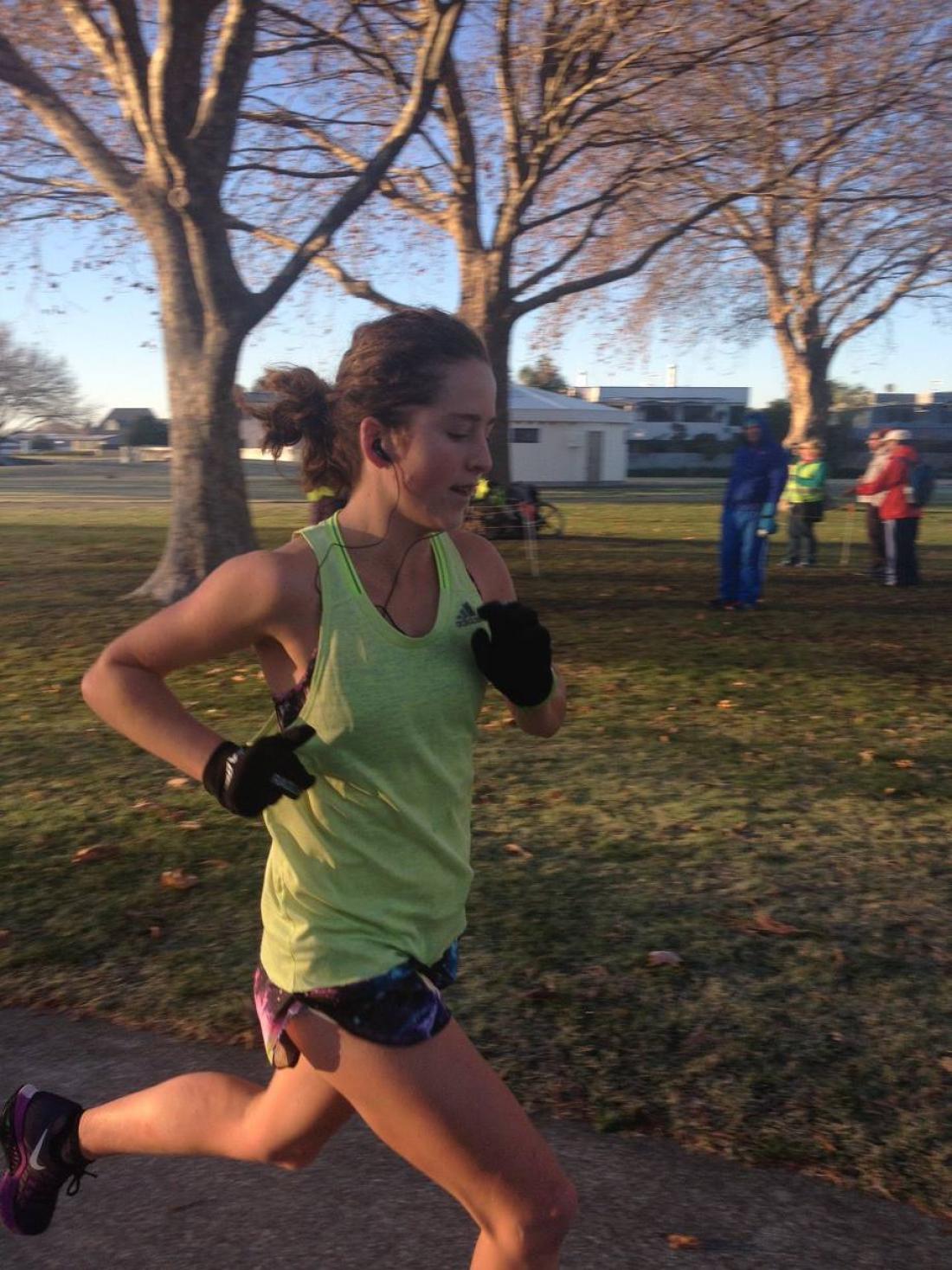 Expect to see a new name on the honours list for the ASB Auckland Marathon when the women take to the roads of Auckland on Sunday morning, with a host of contenders putting their hand up to win the iconic Auckland event.

Amongst those looking to cross the line at Victoria Park first is Ruby Muir, the 26-year-old hails from the settlement of Whenuakite on the Coromandel Peninsula but these days resides in Wellington with her husband (and contender in the men’s race on Sunday) Kristian Day.

Muir has had a great season that includes a national cross-country title, but is looking to overcome a history of stomach issues during her marathon attempts.

“I am trying not to be too ambitious but instead go out at 2:45 pace and try and keep my stomach happy for as long as possible so I can have a successful run. I have been healthy and injury free all year so I've (finally) managed to maintain a decent level of consistency which is crucial.

“This year I have mixed things up and targeted a few shorter races, like the national cross country and road champs, in which I came first and second respectively. Coming from a trail and ultra-running background it has been rewarding focusing on a different aspect of running and watching myself improve.”

Muir will be watching for Kristian too, having worked out just where she might be able to monitor his progress in the men’s race.

“My husband Kristian is racing as well and is hoping to break 2:30, so I will be anxiously keeping an eye out for him as I head to the turnaround at St Heliers.”

Others sure to be in the reckoning as the finish line beckons at Victoria Park on Sunday morning include Hannah Oldroyd (Christchurch), with a victory at the Christchurch Marathon earlier this year in freezing conditions, Oldroyd knows how to control the pain that a marathon can throw at you.

35-year-old Katherine Morgan (Auckland) is a regular competitor in Auckland, and indeed knows what it is to be on the podium. The mother of two has consistency on her side and will again likely be in the mix.

“There are a range of reasons people are taking part in this year’s ASB Auckland Marathon event. Some runners are chasing spots on the podium, some are looking for personal bests and others are doing a great job raising money for local charities. We are proud of all runners and walkers entered, and wish them all the best,” Mr Graham says.

The full ASB Marathon gets underway from Devonport at 6:00am on Sunday morning.

Ruby Muir, 26, Wellington
Muir will be a genuine threat and brings great form to Auckland as the 2017 New Zealand Cross Country champion. Knows how to win big races, with the 2015 Wellington Marathon title to her name. Her husband Kristian Day is a contender in the men’s, watch for a husband and wife double on the podium on Sunday

Katherine Morgan, 35, Auckland
Morgan is a regular competitor and podium finisher on the New Zealand marathon scene, the mother of two took five years out of running but returned in 2008 and is a regular sub-three hour competitor.

Camille Buscomb (New Zealand)
Gunning for a hat-trick of half-marathon victories following her successes in 2014 and 2015, the Hamilton City Hawks athlete will be the one to beat after a second-place finish last year to complement her earlier victories. The 2015 World University Games 5000m silver medalist has claimed no less than eight New Zealand titles on the track and road and is a top-class performer.

Katie Kemp (New Zealand)
The 2015 race winner of the ASB Auckland Marathon is again racing the half-marathon distance after finishing third last year, but will prove a formidable opponent. Now aged 41 the Wellington Scottish athlete set a PB for the 21.1km with 1:16:58 performance in Wellington and has a lifetime best for the marathon of 2:40:05 in Gold Coast, set in 2016.