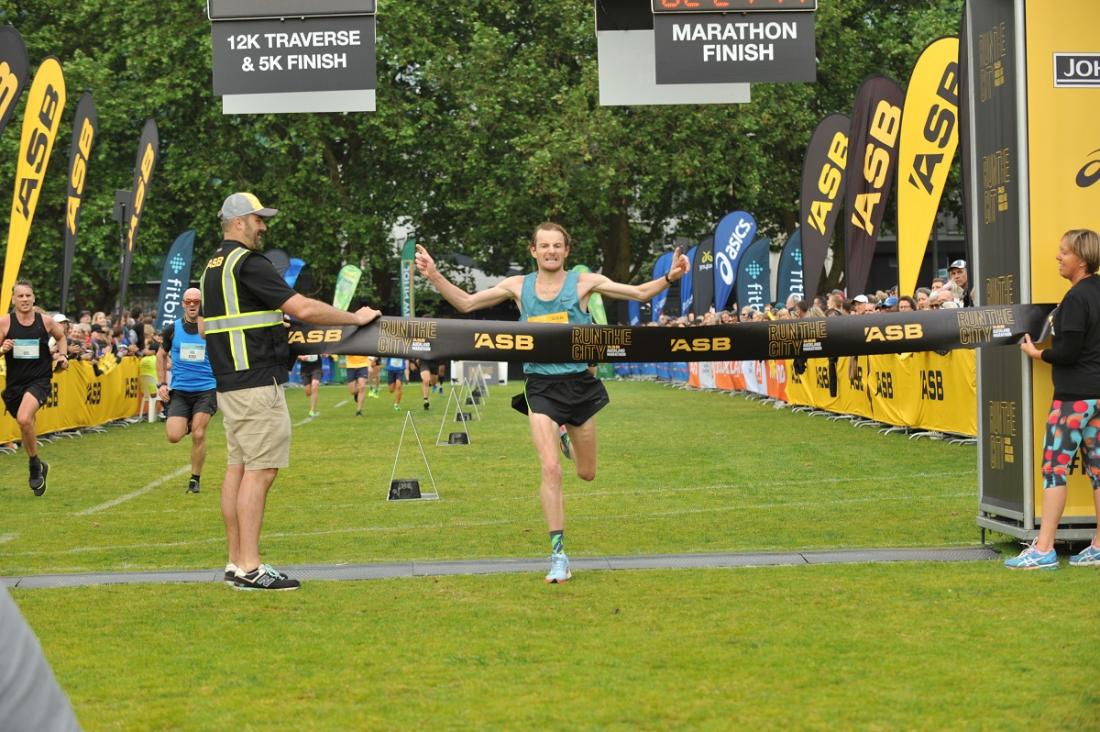 First time winners Hannah Oldroyd (Christchurch) and Matt Davy (Australia) took out the ASB Auckland Marathon titles for 2017, both doing so under immense pressure, with Davy emerging on top in one the closest men’s finishes seen in recent history.

The Melbournian ran a personal best 2:24:13 over the undulating course that takes in the Auckland Harbour Bridge, due in part to unrelenting chase of Josh Maisey (Auckland), who finished just seven seconds behind.

Davy took control early and became the target for the others to chase, going through the 10km mark in 33:30, with a chase pack of Maisey, eventual third place getter Blair McWhirter, and Lloyd Biddell (England) 300 metres behind. Starting fast wasn’t necessarily in the plan though.

“Not really, I was hoping to run with the other guys, I felt good and maybe it wasn’t the smartest to go out so hard, but I felt comfortable and thought I could hold it, training has been going well so I thought I would have a crack and see how I go.”

Davy knew that Maisey was closing the gap and was forced to dig deep for the victory.

“He was closing hard, I had a quick look with about 400m to go and probably shouldn’t have because that sort of gave him a bit of a spur on, but I put in the hard yards on the grass and managed to come away with the win. It is a PB by about 20 seconds so that is a good day.”

Davy had to overcome not only a fast finishing Maisey but also some serious cramp in both hamstrings to get the win.

“I have had it before, but my hamstrings cramped up. I managed to stop and stretch and get them going again and got a second wind with about four k to go, until that last couple of K when Josh started to close, but the crowd kept me going, the support out there today was amazing.”

In the women’s race it was a very surprised Oldroyd who took out the title. The 2017 Christchurch Marathon winner took it steady in the opening stages before overhauling Leah Fitzgerald and Ruby Muir with just a few kilometres to run.

“I wasn’t expecting that at all, I was thinking top ten maybe, so this is a real bonus. I have had a few crap runs recently so I started nice and steady and went through the half in about 1:29 I think and then felt strong in the second half and pushed home from about the 20 mile mark, I enjoyed it.

“I was knackered going over the bridge, I am not so good going uphill, so it was a slow crawl up the bridge to save something for the other side and out to St Heliers. I did take a moment to enjoy the view though, that is why I run, look at the views and drink beer!

Fitzgerald held out for second in a close battle with national cross-country champion Muir rounding out the podium in third.

Conditions led to fast times in the Barfoot & Thompson Half Marathon, with former ASB Marathon winner and four times National 10,000 metre champion Aaron Pulford taking out the men’s in a sharp 1:07:17 and Olivia Burne going back to back after her 2016 victory, the current National Road Race champion winning again in 1:15:47.

Pulford did not taper a huge amount for this one and was pleasantly surprised with his time.

Burne had the race to herself, with nearest challenger Laura Nagel almost four minutes behind in second and former Football Fern Pip Meo in third.

“It was great, really tough, very humid out there and about 16 degrees on the start line just before 7am, that was tough, but I am pleased with my result and the time as well. I had a couple of guys stay with me for the first 8km before they started to wind it up. The bridge was super hard, I don’t remember it being that difficult in previous years, maybe I was just feeling it from the start of the race.”

The John West 12km Traverse was won by Irish athlete Ciaran Faherty in a quick 40:42, with runners making their way over the Harbour Bridge from Smales Farm to the finish line at Victoria Park, where thousands of spectators lined the final kilometres of the route and the finish line in the park.

“It was great to see so many people out on the course today, and to celebrate with finishers as they reached their personal running milestones. The ASB Auckland Marathon is a fantastic community event to support – we see Aucklanders getting up early to cheer on strangers as they run past their homes, and it’s wonderful to see Kiwis celebrating each others’ success at the finish line party in Victoria Park,” Mr Graham says.

“Events of this calibre don’t happen without the support of wonderful volunteers. ASB would like to say a huge thank you to the more than 700 people who volunteered their time to ensure today was a success,” Mr Graham says.

Auckland turned on a perfect marathon running day for the hosting of the ASB Auckland Marathon as 14,095 entrants set off in five events, including the ASB Marathon that took runners from Devonport and over the Harbour Bridge to the finish line at Victoria Park.

Included in the 14,095 entrants were over 700 running for charity as part of the ASB Marathon Charity Hero programme, with organisers hoping to see in excess of one million dollars raised for local charities – that figure will be confirmed later this week. 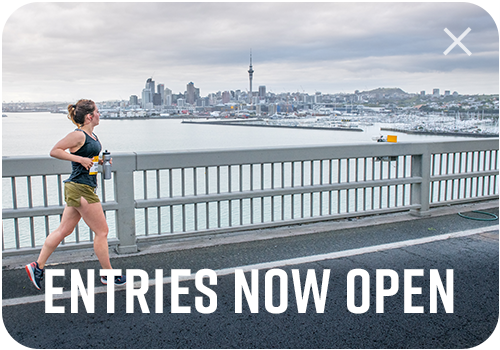