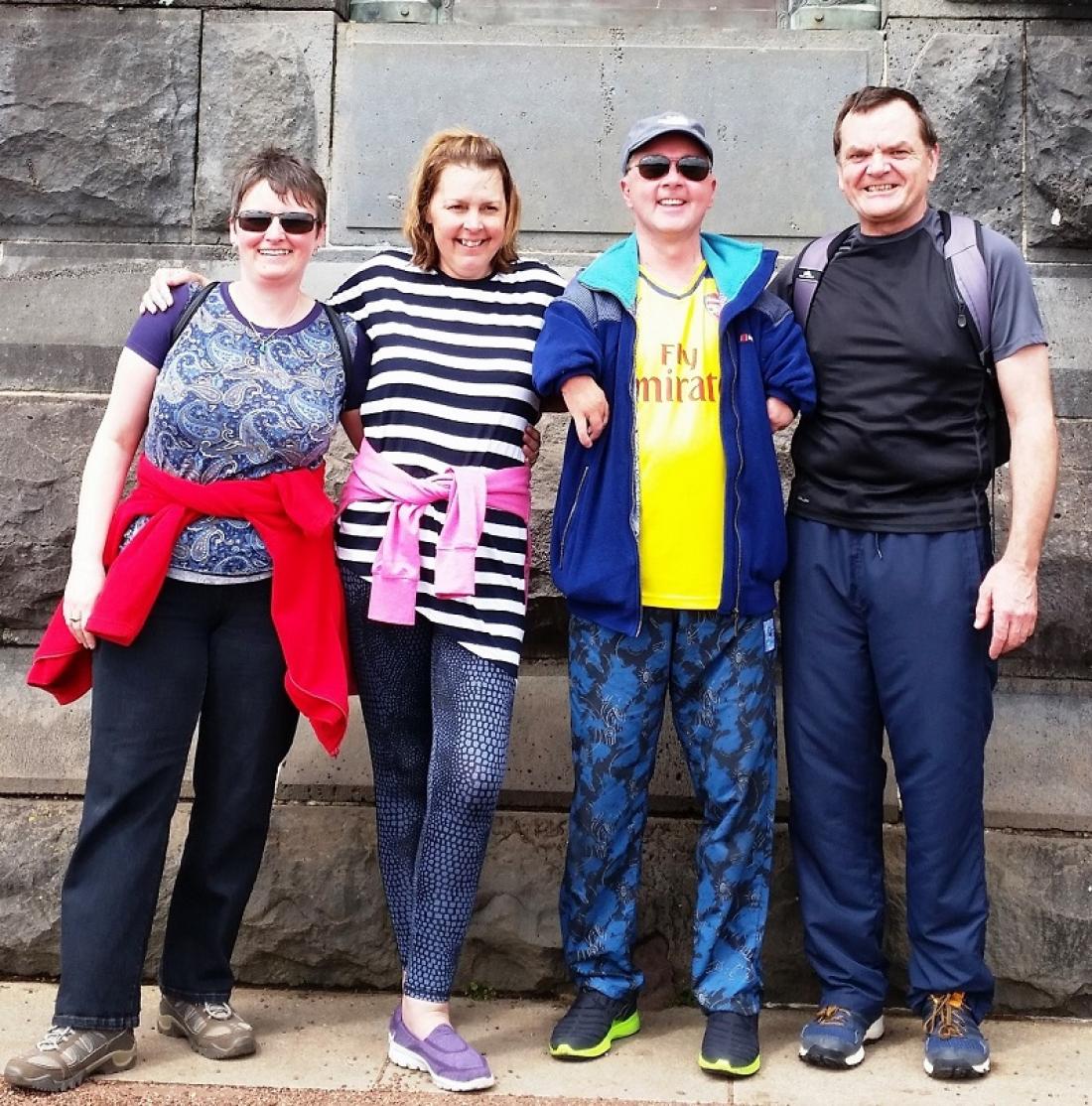 For most participants lining up in the ASB Auckland Marathon on October 29, the event will be a challenge, maybe a bucket list item, maybe dressing up and having fun with friends. For some it will be about personal bests and for a select few, thoughts of a place on the podium might motivate them towards the finish line.

Keith Eades and Dianne Pimmer however, are not like most participants. In a way, these two amazing people are running for themselves and one other person in their lives in the John West 12km Traverse over the Harbour Bridge. Both are organ transplant recipients, participating thanks to that second chance at life courtesy of a heart (Keith) and lungs (Diane) from the same donor, and neither is taking the challenge for granted.

“The ASB Auckland Marathon is an inspiring event. Lots of people with different abilities are involved and I hope to inspire someone in a hospital bed, someone unsure of what their future holds for them,” said Keith.

“If they are pre-transplant, if I can teach them that while it may be an uncomfortable process you go through initially, the benefits long-term are such that you can lead a normal life, you can go out an achieve your goals, and just because you have had a heart transplant you’re not held back. I want to remind people that you are only held back by yourself, you are not held back physically, so running or walking is an ideal opportunity to get back onto the road of normal life.”

Born in the UK with a rare disability called Holt-Oram Syndrome, the most obvious results of this being shortness of the arms and a heart condition. Pukekohe based Eades became accustomed to coping with the restrictions of his condition and has lived a full life, until things took a turn for the worse in 2014.

“I had a pacemaker inserted in 1986, when my heart went out of rhythm it would cut in and put it back into a regular pattern. The pacemaker was replaced several times over the years until 2014 when things took a sudden turn. I was preparing for an overseas trip and I had shortness of breath, I was admitted to Middlemore hospital where they didn’t anticipate me coming out. They first mentioned I would have to have a heart transplant at that point, but then I became a lot better, my health improved and I changed medications and as a result it was decided I was too heathy for a heart transplant.”

That good news didn’t last long though for Eades and he was soon back in the hands of the doctors at Middlemore.

“In 2016 my health deteriorated again, I had breathing issues and I was admitted to Middlemore in May that year. I was about to be discharged but had a severe reaction to an iron infusion, after that my health deteriorated to the extent I couldn’t work. I just didn’t have the energy or the confidence to walk around the shops or outside the house, let alone go to work, and in July 2016 I was given my heart transplant.”

Hawke’s Bay resident Diane was born with Alpha-1 antitrypsin deficiency, a genetic condition that had her initially on the inactive list for 18 months before her health took a quick turn for the worse last year.

“I was put on the active waiting list in April and had my transplant soon after. Keith and I were in ICU and then the ward at the same time, got talking and put two and two together and realized we shared the same donor. That has developed into a very special friendship, an amazing bond. Unless you have been through this it is hard to describe.”

Diane’s husband of 31 years Grant describes Diane and Keith as being like brother and sister, such is the friendship that has developed. Diane had no hesitation when Keith suggested they take on the Traverse together.

“I have been doing as much as I can post transplant, I have done a few events and Caroline did the Traverse last year and Keith said why don’t we do this as a team, so I said yeah, that sounds like a great and we will make a weekend of it with Keith and Caroline.

Diane has an amazing will to get out and enjoy life and participate now.

“Before the transplant I could barely get to the letterbox and back, that is how bad I was. This is like a gift I have been given and I am determined to pay it back. The donor gave me this gift and I am going to do all I can to keep these lungs in the best condition I can and get out there and enjoy life.”

If all of this sounds a bit dramatic and quite recent for both Diane and Keith, you would be right. But neither has never been one for taking the easy option.

“The Traverse will be a big challenge for me considering what I have gone through in the last year,” said Eades. “But while hard work, it is something that is achievable and I am looking forward to taking on the challenge and completing it.

“In transplant terms, I am still relatively young, my first anniversary was just the other week and it has taken a while to get back into normal life and this is part of it, a stepping stone onto greater things whatever they may be.”

Plimmer has done some hard yards too, with her and husband Grant giving up plenty on her return to health.

“Grant has just been an amazing support, he has been by my side throughout taking time off and as a result lost his job. We had a little bit of money to fall back on at the time but it was a bit hard. He stayed with me every step of the way.”

Both are incredibly grateful for the help they have had along the way, with Eades highlighting their shared pathway to better health.

“When we were both recovering from our respective transplants, we both were living at Hearty Towers, which is the rehabilitation unit of the New Zealand Heart & Lung Services based at Greenlane Clinical Centre at the old National Women's hospital.

“We attended physiotherapy every week day to build our strength and stamina back up. One of the goals set by the physiotherapist was to walk up One Tree Hill. Diane and I achieved this together in October, with our spouses Caroline and Grant.”

All runners in the ASB Auckland Marathon have the chance to raise money for one of the event Charity Hero Partners, or to support a charity of their own choosing and set up a fundraising page through the Everyday Hero link on the event website.